The hugely successful scheme has just released the last 11 units of a total of 432 new homes. The Crescent and The Helios are collections of new apartments and penthouses that offer the rare opportunity to live in a listed mid-century modern masterpiece in a fantastic West London location.

The Television Centre is situated within the famous BBC Television building, next to Westfield in White City W12. It’s been transformed by Stanhope PLC into a breath-taking luxury residential and commercial village.

The historic estate has a truly fascinating history. Designed by Graham Dawbarn and operational by 1960, BBC Television Centre was, at the time, one of the most technically advanced production hubs in the world. It remained the home of the BBC for over half a century, it’s a site that has provided a nation’s many memories and the building with its question mark shape and Atomic Dot Wall is Grade II listed.

Stanhope have breathed a new lease of life into the development, with a creative mix of uses that look to the future whilst also protecting the building’s original function as a home for British broadcasting.

The Helios apartments have been created from the historic core and overlook the famous central courtyard and fountain, while the newly constructed Crescent features expansive glazing and individual balconies and terraces overlooking the development’s inner private gardens or Hammersmith Park which was once the site of the infamous Blue Peter Garden.

Working from home doesn’t have to feel like it, thanks to the estate’s large terraces, residents’ lounge, co-working spaces in the library as well as private meeting rooms, cafes or you can even become a member of Soho Works workspace – all of which are on site.

BBC Studio Works, which is home to several of the channel’s most popular programmes, such as Strictly Come Dancing, is still adjacent to The Helios building. There is a state-of-the-art commercial building centre which houses White City House, a 47-bedroom Private Members club by Soho House Group, and a restaurant complex with names such as Bluebird, Kricket and Patty & Bun situated on the ground floor - quite literally on the residents’ doorstep.

The development is located on a 14-acre site in White City, one of London’s most important urban regeneration areas in the heart of West London.

Westfield shopping centre is less than 0.2 miles away and Shepherds Bush Market, as well as the various amenities of Uxbridge Road are less than 0.4 miles away. Wood Lane & White City Underground Tubes are located on the opposite side of the road to the development (Circle, Hammersmith & City & Central Lines) and provide straight forward and practical access to central London.

To find out more about the available properties at the Television Centre or to request a viewing, please contact This email address is being protected from spambots. You need JavaScript enabled to view it. 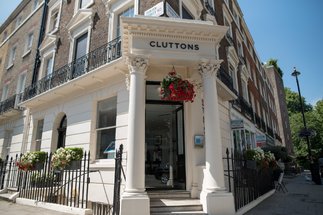 Does PDR have a chance to change its poor reputation and help revive town centres?

Cluttons is awarded a place on the Crown Commercial Service framework