The effect the pandemic has ultimately had on our high streets has been profound, with more than 17,500 chain stores and venues closing in Great Britain in 2020 alone. With an average of 48 closures a day, it put many of our beloved big-name brands and businesses into crisis. With the worst annual decline experienced in almost a decade, the government put forward a £5bn fund to improve and regenerate the country’s town centres.

Along with the financial support, local authorities also sprang into action, encouraging their towns and cities to support and shop local. In turn, this has helped independent shops thrive on a national level, and with more vacant spaces becoming available as a result of closures, it enabled many independents to negotiate better terms, allowing them to greatly benefit.

Raoul Veevers, head of planning at property consultancy Cluttons said: "The trend is reflective of the localisation of our shopping and leisure habits re-learned over the last eighteen months or so, as we work more from home we have rediscovered the value of local, which has given a boost to secondary centres, currently at the expense of larger centres, although this may prove to be temporary blip. Placemaking is again at the top of the agenda for many local authorities."

While local artisanal bakeries and wellbeing shops might be expected to thrive in middle-class England, the trend of independents doing well can be seen across the whole country, rather than just local or regionally, highlighting there is no north-south or class divide when it comes to supporting local. The Local Data Company found that in the first 6 months of 2021, they saw the independent store market return to growth for the first time since H1 2017, a net change of +804. Showing that the government support during the various lockdowns of business rates relief and furlough, was in fact having the desired effect.

With hairdressing and beauty leading the rise in the openings of independents (6,869 openings in total), with a net change of +1,255, the resilience of independent shops and businesses continues. The growth in the sector has also been fuelled by convenience and leisure, as well as an unprecedented rise in fast-food and food delivery chains. Vacancy rates are slowly rising, with the successful vaccine rollout being credited for reducing uncertainty and encouraging more to take up job roles.

Bedford’s town centre came out top, having an independent mix of 74.0% and 115 new openings in the last 12 months but there are plenty of other towns with similar figures.

In Tunbridge Wells, a commuter town based in the Kent, independents have always been a part of the high street, and even more so now since our town centres have been allowed to reopen. With key figures and organisations encouraging events that both support the local community and independents, the town is a bustling and busy place to be. Prior to the Covid-19 pandemic independent businesses have thrived, especially in the historic quarter of Tunbridge Wells. Kitch, a women’s clothing boutique has been in the same premise for almost 18 years, with Bod & Ted, another clothing boutique winning best independent and being featured in the Evening Standard Magazines top 50 Boutiques.

Patrick Bankhead, partner at Southstudio Architects, based in the town said: “Independents are and have remained an important part of Tunbridge Wells and will be for years to come. While bigger brands have come and gone from the town, there is a huge body of local support for independent retail and leisure and this unique mix helps make the town so attractive to all.”

Oxford, like many larger towns and cities, have faced many challenges regarding closures of retail chains resulting in many vacant commercial units dotted throughout the city. However, the local council together with private sector participants, have launched lots of initiatives in an aim to revive the town centre with some real success. Mike Watson, head of Oxford at Cluttons, said: “Whilst Oxford remains comparatively buoyant in comparison to other centres in the region, It is important that the private and public sector work together to improve local high streets. Makespace Oxford aims to build new kinds of working, by taking on Oxfordshire’s once empty and underused spaces and turning them in affordable community driven spaces. Together they are working toward revitalising Oxfordshire’s urban centres by transforming vacant units. Launched earlier this year, they hope to let up to 30 vacant units to local, independent, community led organisations, for short-term or meanwhile leases.”

Yet success rates and openings of independents can also be seen in the north of the country. Bradford, Blackpool, Wigan, Doncaster and South Shields have all seen their high streets becoming populated by nearly 70 percent with independents. Blackpool have also pledged a further £24m to inject life back into their high street, and to transform unused space into community driven environments specially for local businesses.

Data shows that independent shops are leading the way for regeneration of our beloved high streets, with private sector collaboration and government support, as well as community led projects making a significant difference across the country. It is clear that there is enough consumer support for independents and, post pandemic, this community drive to support local shows no sign of stopping. With this considered, it is vital we keep up momentum and increase such efforts to work together to ensure the positive future of our town centres.

Lucy Stainton, Commercial Director at the Local Data Company said: “Interestingly, the independent sector has returned to growth for the first time since 2017 as the number of closures dropped and openings have steadily increased year on year, boosting the overall figures. We can attribute this improved performance to a few things; the success of government support schemes which will remain in place until March 2022; the growing appetite for categories such as take away food and convenience stores, boosted by several lockdowns, and a consumer which is increasingly concerned with the provenance of products, sustainability and supporting local businesses.” 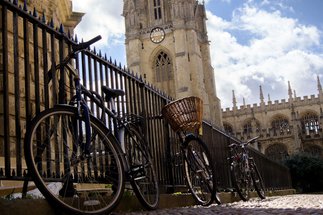 If there is a race to net zero, no one's a winner

Return to the office