Bankside buzz is drawing in investors

Bankside has it all – a central location, growing transport links, a lively cultural scene and a burgeoning reputation as a business hub, making it a safe bet when investing in property.

Situated on the South Bank of the Thames and stretching from London Bridge to Blackfriars Bridge, Southwark has changed beyond recognition in recent years. The riverfront – dubbed Bankside – buzzes all year round with festivals, street markets and an ever more eclectic range of restaurants.

Old waterfront warehouses have morphed into cool, contemporary apartment blocks and the skyline is punctuated by gleaming new towers whose designer flats draw high-earning millennials and culture-seeking downsizers. Both are buying into the luxury of being within walking distance of workplaces and cultural hubs.

Also migrating to the area are companies of all sizes, from creative start-ups to global media giants – including Ogilvy and McCann – and consultants Deloitte and PwC. “Businesses used to move here because rents were more affordable than in the City of London. Now it’s the first choice for big institutions,” comments Nicole Gordon, deputy CEO of Better Bankside, the local Business Improvement District that sees 650 local firms paying an annual levy that is reinvested in schemes to enhance their working and living environment.

Bankside’s transformation has been impressive, but it’s far from complete. There are the large-scale regeneration schemes, such as the £300 million revamp of the old Vinopolis site into a retail hub of 30 or so new units, and the Manhattan-inspired Low Line, which will open up the mighty Victorian viaducts that criss-cross the area into yet more niches for eating, drinking, shopping, and culture.

More human-scale micro projects, too, are subtly enhancing daily life in Bankside. Old parking spaces are being turned into small, green ‘pocket parks’ and locals are encouraged to get cycling by borrowing free Brompton bikes available to local businesses to go north to King’s Cross or south to Elephant & Castle along the brand new Cycle Superhighway 6.

This being busy, urban central London, clean air is a big issue. Armed with a £200,000 grant to deliver a low-emission neighbourhood, Better Bankside is encouraging people to improve their health by avoiding the area’s busiest arteries, taking ‘lower exposure routes’ down historical backstreets and through cobbled courtyards. “We are creating points of interest in these backstreets to draw people away from the main streets, such as converting skips into metal box gardens,” says Gordon.

With all its vibrancy and innovation, you could be forgiven for thinking that Bankside is essentially a new-build neighbourhood – a modern cultural and commercial creation wrapped around its transformed transport hub, London Bridge station, whose £220 million refurbishment was completed in early 2018.

But this is no outer-lying regeneration area or flash-in-the-pan postcode enjoying its momentary turn in the spotlight. This is bang in the centre of London, with Tower Bridge’s turrets and the City’s financial towers as its backdrop. And though it may look rather different these days, its sticking power is tried and tested.

“Throughout history, Bankside has been London’s pleasure quarter,” says Gordon. “Located just outside the city walls, it has always had a creative and cultural spirit.” When Better Bankside asked thousands of local residents and businesses to come up with four words that describe the Bankside story, the ones that resonated were: cultural, chaotic, connected and industrious.

“It has always been a place of industry, thanks to its proximity to the Thames – a major trading route – and it has always had a sense of otherness,” Gordon comments. “It’s right in the centre of London, but it’s a genuine neighbourhood where residents, tourists, business and culture intermingle.”

Bankside’s central location and easy connectivity, along with its emerging wealth and opportunities, mean this corner of SE1 is now considered part of Prime Central London in the property industry. One in five transactions for new-build flats here in the first quarter of 2018 sat within the £2 million-£5 million price band – a bracket that has been growing since 2013 and saw a 24 per cent rise in 2016, according to Cluttons research. But unlike some older members of the gilded “prime London” club, there is still potential value growth to be found in its property stock. According to CBRE’s Borough by Borough research report for 2018, the population in this corner of the capital is set to grow by 12 per cent in the next decade.

The area’s working population is younger than the London average – 51 per cent are aged under 35, compared with 43 per cent city-wide, according to a 2016 survey sponsored by Better Bankside – and it has become an area for “city sophisticates”, to use CACI’s Acorn system of consumer classification. They are wealthy, well-educated young professionals with a cosmopolitan outlook and the disposable income to enjoy the restaurants, clubs, galleries and gyms on their doorstep – or they can zip by Tube or Uber to the West End or the O2 in Greenwich within minutes.

Nor is Bankside an exclusively millennial enclave. Families are increasingly seeing the benefits of living in spacious, lateral new-build apartments and growing numbers of empty-nesters leave the large country house for half the week for a pied à terre beside the river – just steps from theatres and fine dining.

Bankside is a place where culture, creativity and commerce sit cheek by jowl. That’s a winning combination for anyone looking to make a canny long-term investment in property. Look no further for a London district ripe with opportunity.

Check out these amazing properties for sale and to rent in Tower Bridge. 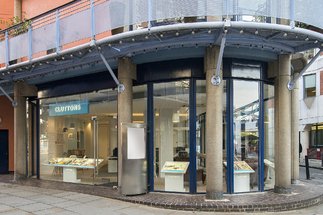 Are you making the most out of your lease?

Changes to the retail relief scheme

What is the future of Prime Central London?

What is Prime Central London?

The implications of lockdown on building maintenance

Industrial & logistics: rethinking ‘inside the box’